I want to pass on the word about this new publication, which is already on my kindle! You can only expect the best from Bennison Books, which specializes in quality ebooks editions of:
Contemporary Classics – Selected works by contemporary writers
Non-Fiction – Useful and interesting works of non-fiction
People’s Classics – Handpicked golden oldies by favourite and forgotten authors
Bennison Books’ motto is ‘Every good book is a blessing.’ And, so, you will be very blessed if you check out “Ghost Writings” and more by this first-class publisher.

I’m reposting this from a couple of years ago. Hope there are a few who haven’t seen it before. For those who have, hope it still retains some freshness for you.

Blessings for Easter, Passover and the miracle of spring!

A promise
was thought unlikely
by Thomas

A cold wind
all that could be felt
at the end

A weeping
for what had been lost
in sleeping

A patience
in followers of
obeisance

A sign for
the power of such
endless love 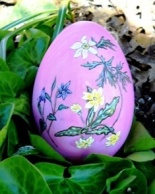 A rising
not just of the sun
surprising

A new world
so great and simply
unfurled

A promise
no longer doubted
by Thomas 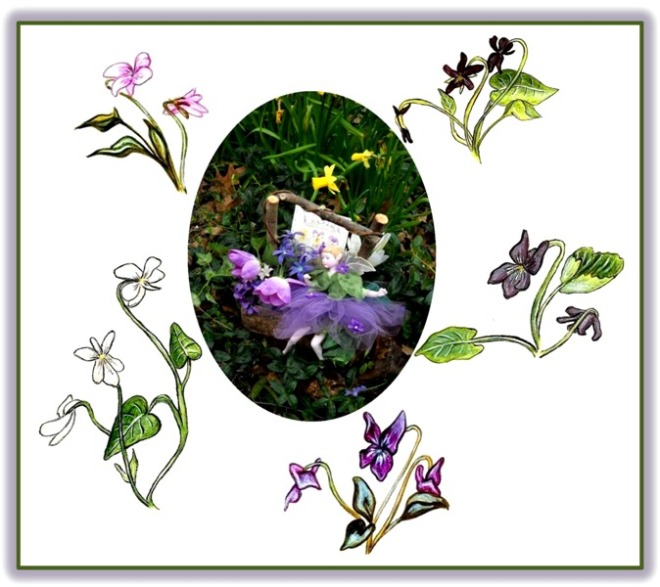 I am reposting this … today marks the birthday of the late Owain Phyfe, who this post is in memory of.

4/9/49 … the day the music was born … the music that was Owain: https://www.cdbaby.com/Artist/OwainPhyfeTheNewWorldRenaissan

It was wonderful to hear from a dear friend a few days ago. Sasha Raykov is one of the most entertaining and elusive of the very talented musicians who performed with Owain Phyfe, a unique and charismatic singer of songs who died far too soon in September of last year. The music they made together was, for me, haunting long before it actually was.

Sasha sent me a mix of a concert he had done with Owain at the Bloomington Early Music Festival (Indiana – Sasha’s son, Alex, was studying music there) in May 2002 with the permission to share.

I invite you to treat yourself to some beautiful music.  To listen to the concert click below:

‘Once Upon A Timeless Journey’ Part I

‘Once Upon A Timeless Journey’ Part II

Review of the concert from the Bloomington Herold-Times:

Owain Phyfe … served as guide, as conductor, as driver, as magician, really as singer and guitarist and story teller. Phyfe’s “Once Upon A Timeless Journey” proved a delightful pleasure. With his inviting, craftily used light tenor, he negotiated his time capsule to show that folk traditions have remained constant, that the catchy melodies of close to 1,000 years ago – or 400 – are just as winning today, and that no matter what language they’re sung in – English or French or Welsh or Latin or German or Italian or Spanish or Hungarian or Russian or what have you – they translate musically and thematically so that they can be easily understood. 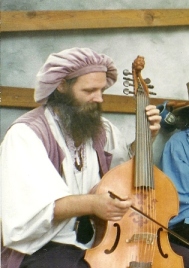 The tenor/story teller was not alone in his performance space. He had a partner, verbally silent but very much a presence, the provider of accompaniment, a bearded bear of a man named Sasha Raykov. And, it was Raykov who had the genius to make the bass viola da gamba an interesting instrument, far from the bland, personality-less sound-maker it more normally is. He bowed. He strummed. He made those strings dance and sing and laugh and cry. His was a virtuosic exhibition, at every moment completing partner Phyfe’s front-and-center showmanship. Their unusual program, part of the Bloomington Early Music Festival, cast a different light on music of Medieval and Renaissance times. But though the expressions were old, the messages were ageless. At one point, in joyous, bouncing manner, Phyfe sang: “Winter is coming with all its unpleasantness, but here in this valley, the flowers will still bloom and the birds sing.” He called it a 21st century message. It was nice to be reminded.” Read in full and see photos from the concert.

It is strange that only last week I came upon—buried in the bottom of a cabinet whose doors ‘spontaneously’ flew opened and scattered its contents across the floor—a poem I had written and some precious photographs of Owain, Sasha, and other special friends. When I received the email from Sasha, I thought how perfect to share all in one post.

Here is the poem I wrote many many years ago (I have fought off my compulsion to revise): 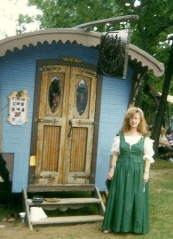 It happened quite by chance;
a flutist made the notes to dance,
and the birds to echo song after song
(they thought he was echoing theirs);
a little more of heaven came along,
her harp held close to her heart
as if caught by cupid’s dart,
music loved so constantly there;
then the fiddler with an easy air,
no matter how difficult to play
his soul’s strings must have their say.

One by one and altogether
they entertained the summer weather
(a gamba, lute, any dream joining in)
the hours passing like a sigh
with those, like me, who happened by;
a little sojourn in the past
for some, like me, had come at last.

(Nothing missing until something was)
Suddenly a voice as it was needed
in melodies of words so gladly heeded
by the hopes of mind and heart
because the two should never part;
on bended knee it found me there,
another stranger at the fair.

With Cantiga and The New World Band
the past and present went hand in hand
into a future that promised so much more
of the sweetness of song that had come before,
(the memory as much a vision)
of those instruments of old,
and ageless stories to be told
by all those writers of such choice
who needed a fresh voice
to keep their gentle, thoughtful spirits alive
so beauty and reason could survive.

Thus I was complete—
I found my music in the shaded heat;
and even as I had to go
I knew that I would always know
when life was at its best for me
(with the magic of its sound)
in early music to live and dream equally. 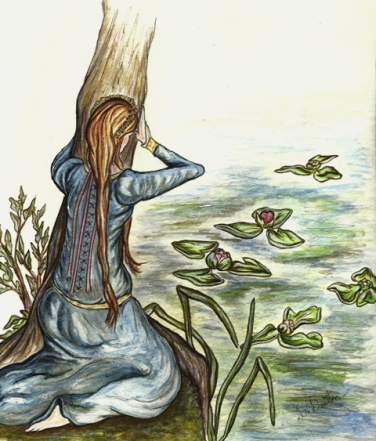 ©Artwork, writing, and photography, unless otherwise indicated, are the property of Diane M Denton. Please request permission to reproduce or post elsewhere with a link back to bardessdmdenton. Thank you.

I would have disappeared but for the sound of your acquaintance

that found me dressed in flowers and waiting for the wind in the trees.

I would not have imagined another encounter without the paradox of you, or found myself in a past that became my future in your absence.

My writing life might have been barren but for you. Even the waiting for you. And the letting go. Especially, the wanting to hold on.

Our story is now buried and visited by strangers. That is how it is told. 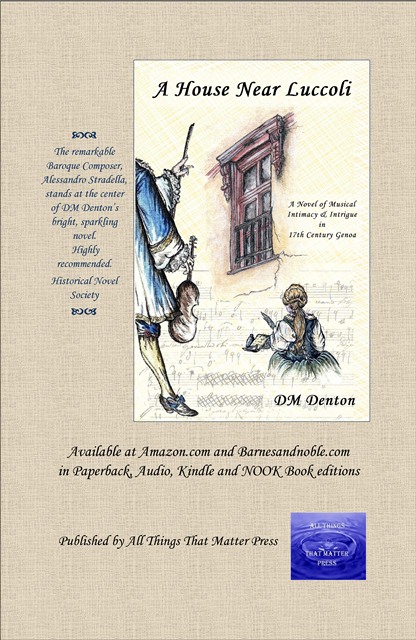 I “knew” Alessandro Stradella. I recognized his distinct voice, his swaying form, his infectious smile, and his wandering heart. I had witnessed the rise and fall of his talents, how his music had showered him with forgiveness if not fortune.

Before her was a gracious creature, especially his hands composing in mid-air and eyes shifting slowly in observation and expression. His hair was an admission of the recklessness that got him in trouble, the vagrancy of his genius making him too accessible. Without music’s influence he might not wander like a prince among his subjects, although who could think that was all there was to him?
~  From A House Near Luccoli

©Artwork, writing and photography unless otherwise indicated, are the property of Diane M Denton. Please request permission to reproduce or post elsewhere with a link back to bardessdmdenton. Thank you.