Patrick Branwell Brontë, brother to Charlotte, Emily and Anne, died on September 24, 1848 around 9am, most likely from tuberculosis aggravated by delirium tremens, alcoholism, and addiction to laudanum and opium. It was a Sunday. He was thirty-one. 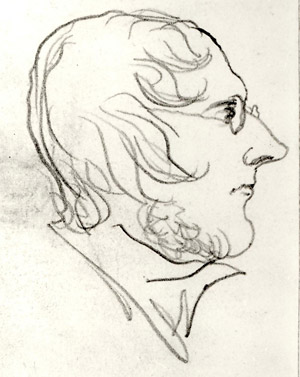 To commemorate, here is an excerpt from my upcoming novel Without the Veil Between, Anne Brontë: A Fine and Subtle Spirit. Click here to add your name to my email list, be notified of its release (late 2017) and enter to win a signed copy.

(Please keep in mind, the novel has yet to go through its final edits):

How could any of them know the extent of his weaknesses before they manifested in such a way as to irreversibly ruin him and torture them all—in Anne’s case, prove she had done more harm than good by trying to help him?

Anne pushed her thoughts in a higher direction. “There might be joy and fulfillment for him yet, if he’ll try to receive it.”

“Even our father seems to have given up on his eternal salvation.”

Anne wanted to feel as sympathetically close to Charlotte as they were in the flesh while they sat on the bed they shared, both in their nightgowns and caps but neither making a motion to get under the covers.

Emily walked up and down the hallway, it seemed for hours, to the drone of her father praying that was some comfort to Anne. Even covered with blankets Charlotte complained she felt cold. She said she was going to throw up, but never needed the chamber pot for that purpose and finally fell asleep.

Anne couldn’t and needing something to do assumed her father hadn’t interrupted his vigil at Branwell’s bedside to wind the long-cased clock.

Emily was leaning against the door frame of the room where, Anne hoped, father and son might bond in dying as they hadn’t in living. Emily’s eyes were closed, her mouth moving, her words muffled, Anne making them out in their repetition.

“Oh, Emily,” Anne reacted softly, walking towards her sister, knowing she wouldn’t be able to comfort her. She had to try. “He may yet recover.”

“You don’t believe such nonsense.”

The expectation of another skeptical reaction sent Anne to the clock, the action she could take to keep it going, and the struggle with her own faith she didn’t want anyone, especially not Emily, to witness.

“Oh, luv.” Tabby startled her into dropping the winding key, but immediately relieved her of holding back her tears.

They hugged. Tabby was grown more bosomy in a frill-less, high-necked nightgown, her face becoming redder. The old woman wiped a billowing sleeve across her face, allowed herself a few more sniffles and walked up to Branwell’s room, stroking Emily’s arm before she went in.

“He sleeps quiet,” she reported, touching Emily’s shoulder this time, reaching out to take Anne’s hand. “Rev’r’nd be restin’, too. Y’uns shud get sum sleep.”

Tabby noticed Martha was in the hallway and waved her back to their little room. “Need tha up early, Missy.”

Charlotte was also awake, sitting in bed with the covers pulled to her chin, panic in her eyes.

“No change.” Anne slid in alongside her, lying on her back, which wasn’t comfortable. She needed to listen for what she hoped she wouldn’t hear.

It was the unexpected Charlotte responded to first. “What’s that? It’s not—”

Emily usually performed the first movement of the Moonlight Sonata nimbly with soft dynamics and reflective expression, letting it rise and fall like a singer’s perfect breathing and articulation. That night, just past the new moon, too far from old joys, too close to last wishes, one of the darkest nights of the month and their lives, her playing was labored, hesitant, even harsh, as broken as all their hearts were.

Branwell Brontë’s caricature (1847) of himself lying in bed and being summoned by death.

I sit, this evening, far away,
From all I used to know,
And nought reminds my soul to-day
Of happy long ago.

Unwelcome cares, unthought-of fears,
Around my room arise;
I seek for suns of former years
But clouds o’ercast my skies.

Yes-Memory, wherefore does thy voice
Bring old times back to view,
As thou wouldst bid me not rejoice
In thoughts and prospects new?

I’ll thank thee, Memory, in the hour
When troubled thoughts are mine-
For thou, like suns in April’s shower,
On shadowy scenes wilt shine.

I’ll thank thee when approaching death
Would quench life’s feeble ember,
For thou wouldst even renew my breath
With thy sweet word ‘Remember’!

6 thoughts on “Branwell Brontë: as Broken as all Their Hearts Were”