“Please, take my hand,” Charlotte reached back to her sister, “or I’m afraid I’ll lose you like a feather in this wind.” 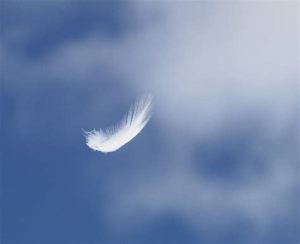 Today marks the anniversary of the death of Anne Brontë on May 28th, 1849 in Scarborough, North Yorkshire.

When I was writing my novel portrait of Anne, Without the Veil Between, Anne Brontë: A Fine and Subtle Spirit (published in late 2017), I gave a lot of consideration to how I would handle her death at the age of 29. I knew at the outset, as moving as her deathbed scene with her last words “Take courage” to her only surviving sibling Charlotte was, that I wanted to end the novel in a way that showed Anne’s own unwavering courage, conscience, and compassion.

I had long been captivated by the report of Anne’s final and solitary ride across the sands of Scarborough, when she takes the reigns from the lad whose cart it was after he displays cruelty to the donkey pulling it.

Well into the writing of Without the Veil Between, I planned on Anne’s last days unfolding on its pages as they did for her, not as a lament but with gratefulness for her fine and subtle, purposeful and poetic life and legacy.

Here are two excerpts from that poignant event, including one of the interior illustration I did for the novel:

The tide was out, the afternoon as fine as Scarborough ever offered, except to be warmer for swimming or wading in the sea. Anne stayed with her companions until they reached the beach. Charlotte and Ellen didn’t want to let her go, but were helpless against Anne’s will and legs strengthened by her need to get away from what held her back. The sands cushioned and eased her walking down to the donkey-pulled traps once a cause of pity for those who, because of age, disability or disease, had no other way to enjoy mobility up and down the South Bay shoreline.

“I need some help,” Anne was loathed, but forced to say to the Heathcliff-like lad who chose her before she had a chance to employ another. She also unwillingly groaned as he lifted her onto the seat of his brightly painted little vehicle.

“Yer all bones, Miss.” He was soon sitting beside her, surprising her again by laying a small woolen blanket over her lap. It was ragged and smelly, but instantly warmed her legs.

He picked up the reins. Anne noticed he also had a whip in his left hand.

“A gentle drive, please.” Anne couldn’t be sure of the lad’s compliance until he put the whip away. They began to move along at a pace that didn’t jolt her body or feel rushed.

After about five minutes the whip was in his hand again. “This aint a funeral, ole girl.” He cracked it across the donkey’s hind quarters.

The donkey stopped and kicked up her back legs. The lad lifted his arm to strike her a second time.

“Stop it.” Anne grabbed the reins, the blanket sliding to her feet. If she couldn’t be his equal in physical strength then in will. “Get off. I’ll drive myself.”

“You—he—might own one but not the other. Not God’s blessed creature.”

“Why should it? To reward your cruelty?” Anne was almost in tears, leaning perilously forward to stroke the donkey where the boy had hit her. “Don’t you know it’s wicked to beat her? How would you like it? What if it was done to you?”

His eyes told her it had been.

Imagining his story, she struggled with continuing to scold him, but, also, realized an opportunity to make him more empathetic. “Animals live and feel as we do. You must remember that in how you treat them.”

He mumbled his reasons for needing Millie to go faster, not so much now, out of season, but when the crowds came and he lost business to other boys who sold two even three rides to his one. Anne told him he might charge a little more for customers who wanted or even required a slower ride.

“You might specialize,” she concluded, not sure she had talked him into anything the offer of an extra penny would have also achieved.

“No, Anne, you can’t.” Ellen was running up from the water’s edge.

“I can. And I will.” Immediately Anne was sorry she sounded so cross with her friend. “I’ll be fine.”

“If it does, there’ll be another coin for you. Oh, here comes Charlotte.” Anne barely tugged the reins and Millie lifted her head, braying as she began to walk.

Anne didn’t feel guilty escaping. She had saved Millie and herself from the dominance of others for a while and thought driving the cart might show Charlotte the holiday was doing her good. In truth, Anne was moving away from the exhausting fight to survive towards surrendering to the precious time she had left. The curve of the bay was all hers. A beautiful sparkling headland lay ahead. The dip and lift of gulls and equally roguish clouds were almost indistinguishable as was the sea sounding near and far. She couldn’t help thinking about what came next, mulling over questions soon to be answered.

Would pain or peace see her out? She might have an idea of what it was like to be short of breath, but not without it completely. As she watched Branwell and Emily take their last, it seemed the hardest thing they had ever done. Anne wanted dying to be welcome and welcoming, releasing and promising, like driving along the shore that afternoon and how she had tried to steer her life, her hands on the reins but faith guiding her progress.

Graying Millie might be slow but she was wise, going gingerly one way and then the other, staying above the wettest sand that could swallow enough of the carriage’s wheels to necessitate a cry for help. When they did stop, it was because Millie decided to. What some called a dumb animal Anne appreciated as a special creature of God’s making, who sensed Anne’s need to pause and reflect in some semblance of solitude.

… She waved to Charlotte and Ellen waiting with the donkey boy.

My soul is awakened, my spirit is soaring and carried aloft on the wings of the breeze.
~ Anne Brontë, Agnes Grey

To regret the exchange of earthly pleasures for the joys of Heaven, is as if the groveling caterpillar should lament that it must one day quit the nibbled leaf to soar aloft and flutter through the air, roving at will from flower to flower, sipping sweet honey from their cups, or basking in their sunny petals. If these little creatures knew how great a change awaited them, no doubt they would regret it; but would not all such sorrow be misplaced?
~ Anne Brontë, The Tenant of Wildfell Hall

I longed to view that bliss divine,
Which eye hath never seen;
Like Moses, I would see his face
Without the veil between.
~ from Anne Brontë’s poem, A Happy Day in February