Having focused for the last eight plus months on my latest novel release, Without the Veil Between, Anne Bronte: A Fine and Subtle Spirit, I have neglected promoting my previous two novel publications, A House Near Luccoli and its Sequel To A Strange Somewhere Fled.

Three lutes huddled against the emptiness of a corner, stepsisters born separately of rosewood, maple, and ebony, sharing an inheritance of long necks, heads back, full bodies with rosettes like intricately set jewels on their breasts. Theirs was harmonious rivalry, recalling a master’s touch and understanding. On the settee a leather case contained a violin resembling a dead man on the red velvet of his coffin, not mourned but celebrated by nymphs dancing through vines on the frieze high around the room.

from A House Near Luccoli, a novel imagining an intimacy with the 17th Century Italian Composer, Alessandro Stradella

What better time to return to the main protagonist in A House Near Luccoli, who is a haunting one in To A Strange Somewhere Fled. Having opened on September 1st and running through September 16th, an annual festival in honor of Stradella—Festival Barocco Alessandro Stradella di Viterbo e Nepi—is happening in his birth place of Nepi, in the province of Viterbo, Lazio, central Italy. Here is a sample from the festival in 2016:

He was the epitome of the paradox of true genius, in ‘one breath’ making masterpieces and, in another, messes. 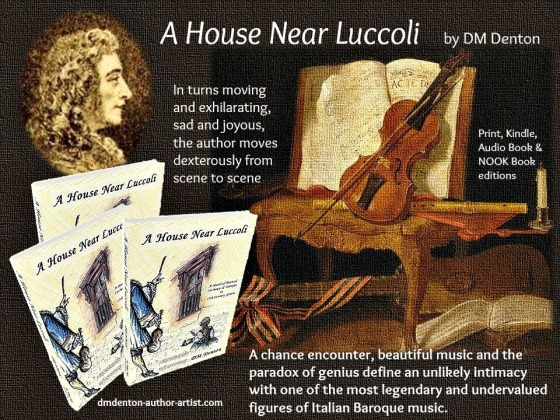 By the second decade of the 18th Century Stradella’s compositions were rarely performed, eclipsed by cloak-and-dagger operas and novels that portrayed him more as a libertine than serious composer. Of course, a little truth can spark and fuel lies. Whether acting on a patron’s whim or his own impulse, uncertainty and risk were inevitable for Stradella. It was his nature to embrace them. My intention was foremost, through specifics and speculation, to present Stradella as an enticingly fascinating if flawed human being and, without reservation, a gifted composer.

I focused on Stradella’s last year in Genoa (1681-1682), structuring my narrative with a succession of actual events, mainly musical, and initiating the fictional Donatella’s association with him through his need for a new residence and copyist. 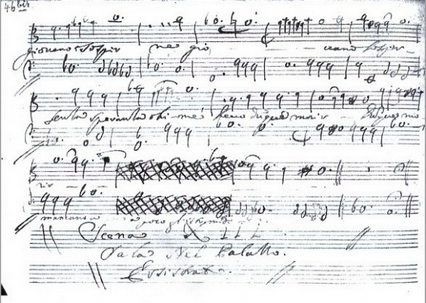 Synopsis of A House Near Luccoli

It is over three years since the charismatic composer, violinist and singer Alessandro Stradella sought refuge in the palaces and twisted alleys of Genoa, royally welcomed despite the alleged scandals and even crimes that forced him to flee from Rome, Venice and Turin.

By 1681 Stradella’s professional and personal life have begun to unravel again, losing him a prime position at Genoa’s la Teatro Falcone and residence on the city’s street of palaces, la Strada Nuova. Stradella is offered a respectable if slightly shabby apartment in a house near la via Luccoli and yet another chance to redeem his character and career. He moves in with a flourish met with curiosity and consternation by the caretakers who are also tenants, three women, including Donatella, who, like the city she lives in, hides her longings, propriety the rule not cure for what ails her. 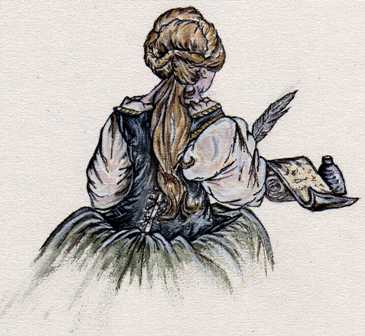 Even before I had completed A House Near Luccoli, I sensed I might carry Stradella’s inimitable spirit and music forward into a sequel. That plan was encouraged by Henry Purcell’s reported reaction to Stradella’s untimely death. 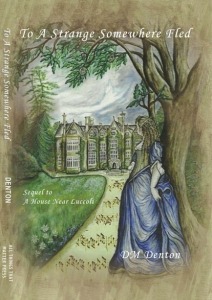 A House Near Luccoli (Book Trailer)

A House Near Luccoli and To A Strange Somewhere Fled

are available in Paperback, for Kindle devices and app, and as Audio Books

©Artwork and writing, unless otherwise indicated, are the property of Diane M Denton. Please request permission to reproduce or post elsewhere with a link back to bardessdmdenton. Thank you